Videoblog: Wings around Britain and a tablet pc in the air 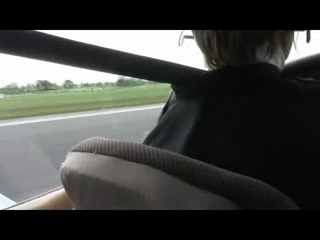 I already wrote some postings about the marvellous Wings around Britain project on which Polly Vacher is flying to more then 200 British airports for promoting the Flying Scholarship for Disabled project. On every flight she taks a dsiabled person with her in her small plane.
I had the honour of flying with her in Belfast. I shot some photos, wrote about my experiences and shot a video. And this one can be found over here. I have put three versions here so most of you can play it I think: a Windows Media version, a version for the iPod video (QuickTime) and the video from Dailymotion. You can all run them here on my weblog.
It is a compilation of around 5 minutes of a video of 35 minutes I shot. You see Polly working with the tablet pc looking with the JeppView software for landing zones before we headed off to Belfast City and after that you see us flying in her beautiful airplane. Again Polly using the tablet pc as navigation tool.
Do not expect a quite, smooth video, because I was filming from within the cockpit of this small airplane with every now and then some up and down movements

Wings around britain
Uploaded by hansonexperience

For those who want to download the files here they are: