Logic+Emotion: How To Be An Effective Corporate Ambassador

How To Be An Effective Corporate Ambassador 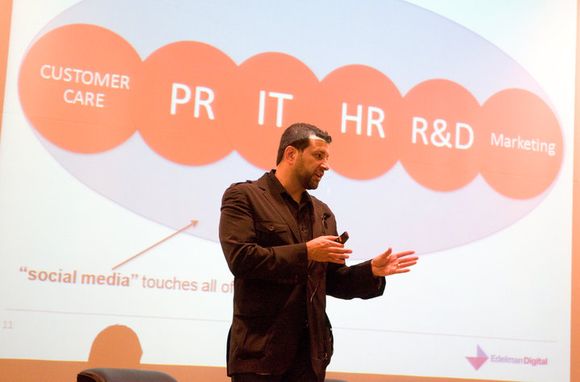 An individual who aligns themselves with a larger organization and has established a reputation, let’s say in a niche is no longer representing themselves, they represent themselves, and the organization they work for. In other words, they become ambassadors for both.

Now here’s the challenge: being a visible ambassador which connects the internal with external means drawing attention to yourself—a role which has traditionally been limited to a select few, such as a CEO, or formal spokesperson. In either of these roles, visibility is expected and it’s part of the job.

Today’s corporate ambassadors can be anyone and the really good ones build bridges to multiple kinds of valued stakeholders (just like traditional ambassadors). But, despite becoming a more common role, corporate ambassadors face huge challenges. Colleagues will justifiably question the motives and contributions of ambassadors. In fact, less experienced ambassadors often make the mistake of either putting their wants and needs before the needs of their “embassy” (the organization). Even if this isn’t the case, often times the perception of self promotion can be difficult to manage. So how does one manage corporate ambassadorship in a networked economy? While I’m still growing here myself, I have a few thoughts:

1. Co-Brand
Be generous with your equity. If you’ve decided to work with a larger organization instead of being in business for yourself, be sure to send the message that you are proud to represent the organization and align it with your own identity.

2. Share
Ambassadors are often well connected, networked and plugged into a number of communities which may be valuable to the organization they align with. Like traditional ambassadors, they can establish trust and build equity by leveraging their networks to the benefit of the organization. In other words, connections = wealth and sharing that wealth creates value for all.

3. Work
Corporate ambassadors carry the weight of an interesting burden—they have to prove they are willing to put in hard work, just like everyone else. Be sure to get the basics of your job description done and done well, then pursue ambassador duties after business is taken care of (hint, I’m writing this on a Saturday evening).

4. Represent
Ambassadors are expected to represent and to do it well. When given the opportunities to engage in public in both digital and offline venues, be sure to balance individual personality with corporate responsibility. Be yourself, but be a representative because you’re both.

5. Engage
With power comes great responsibility and a really good corporate ambassador is willing to engage, to make themselves accessible both internally and externally. Ambassadors don’t live in ivory towers, they go out into the world and connect. They listen, and then engage in ways that are mutually beneficial.

If this post resonates with you, then it’s possible you’ve stepped into this role either purposefully or accidentally. Or perhaps you’ve lived it in the past before deciding to go off on your own. In either case, I’m fairly confident that it’s something that will become more norm than exception and above all a delicate balancing act to say the least.

Posted via email from HANs on Posterous Experience